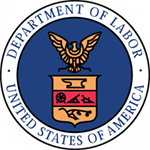 From wages to projections to the latest job figures, the Department of Labor has the most current and accurate labor market information available.

Every employer covered by the Fair Labor Standards Act (FLSA) must keep certain records for each covered, nonexempt worker. There is no required form for the records, but the records must include accurate information about the employee and data about the hours worked and the wages earned. The following is a listing of the basic records that an employer must maintain:

Employee's full name and social security number;
Address, including zip code;
Birth date, if younger than 19;
Sex and occupation;
Time and day of the week when an employee's workweek begins. Hours worked each day and total hours worked each workweek.
The basis on which employee's wages are paid;
Regular hourly pay rate;
Total daily or weekly straight-time earnings;
Total overtime earnings for the workweek;
All additions to or deductions from the employee's wages;
Total wages paid each pay period; and
Date of payment and the pay period covered by the payment.
The U.S. Department of Labor does not have jurisdiction over taxing employees' wages or providing W-2 Form forms to employees. The Internal Revenue Service has authority over these issues.

Employers are not required by federal law to give former employees their final paycheck immediately. Some states, however, may require immediate payment. If the regular payday for the last pay period an employee worked has passed and the employee has not been paid, contact the Department of Labor's Wage and Hour Division or the state labor department.

The Department also has mechanisms in place for the recovery of back wages.

The federal minimum wage for covered nonexempt employees is $7.25 per hour.

The federal minimum wage provisions are contained in the Fair Labor Standards Act (FLSA). The FLSA does not provide wage payment or collection procedures for an employee's usual or promised wages or commissions in excess of those required by the FLSA. However, some states do have laws under which such claims (sometimes including fringe benefits) may be filed.

The Department of Labor's Wage and Hour Division administers and enforces the federal minimum wage law.